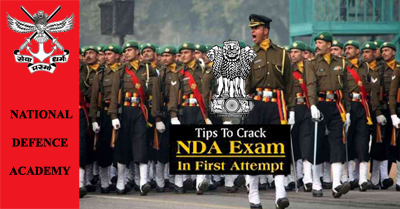 Want to join the Indian Army or want to have a career by joining the army after passing 12th, then this blog is for you. The NDA exam is conducted to become a lieutenant in the Navy, Air Force, and Army, which is a very important exam for the candidates of class 12th and 12th. Every year millions of students take the NDA exam. But few lucky students are able to crack this exam. Candidates who want to prepare for the NDA exam think that the NDA recruitment exam is very tough. But if you really want to prepare for NDA, then you have to prepare for it wholeheartedly.

The NDA exam is the first step to join the Indian Army. Through this, all three Army, Air, and Navy can be recruited in the country. To crack the NDA exam, you can prepare a concrete plan for the study. If you are wondering how to prepare for UPSC NDA, then today we tell you how you should prepare for NDA.

1. Syllabus and pattern
The first task is to know the syllabus and the exam pattern. Syllabus for NDA preparation can be found from the official website of NDA.
The NDA exam is in two stages. There is a written test first and then an interview. For which one has to study mathematics and general knowledge.

2. Time Table
It is necessary to have a time table for the preparations. Thorough time table students can divide the portions of the syllabus in order to prepare before the exams. Preparation can be done according to the timetable and revision can also be done.

4. Make Notes
It is necessary to have a regular plan and equally important to make notes by ourselves. So that it can help in its preparation well in the future. Make separate notes of which tricks can be solved in Maths subject.

5. Mock tests and previous year papers
Solving the previous year questions will increase your speed and at the same time, you will get to know about the NDA exam pattern of the exam and the difficulty level of the questions asked in the exam.
Selection through NDA is not only based on written examination, but your personality and health also play a major role in it. All aspirants are advised to keep you fit and healthy through adequate food and water intake.

6. Do not waste Time
Bouncer questions are questions that take maximum time which is time-consuming. Most children preparing for NDA fall prey to bouncer questions. If a question takes more than 2 minutes, it should be dropped. There is no need to waste much time on such questions.

8. Revision
Revising is the most important task of preparing for the exam. Notes prepared by studying on the basis of the syllabus should be revisited a few weeks before the examination.

9.  Be Focused
Let us know that the preparation of NDA starts only after the 12th. During this time, do not allow meditation to wander while studying. You should read the notes carefully and prepare for full time. Do not let negative thoughts come to mind.

10. Exam Day
Keep your mind completely calm on the day of the exam. If it has happened to you during the preparation that you have not been able to solve some questions, then do not remember them at all during that time. Rather, think about the questions that you have read well. Take special care of time at the time of examination.

In this way, you can easily crack the NDA exam through these tips keys. Also, you can join an online course for the preparation of NDA. Safalta.com has brought you a 30-day online score booster course. In this course, students will be given 120+ hours of online classes. Today, a fee of Rs 2,499 has been fixed for the applicant. These discounts are available only on applying today.

Click the following link to enroll in this course today: bit.ly/30tM1Jd